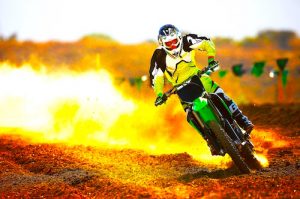 Anyone with a Kawasaki dirt bike would love to shred this track. This is a video of a private track in Huntersville NC. I can see by the comments that the local riders want to get in on the action. It’s possible that the owner of the property is keeping the location private out of concern for the health of the riders. If they were to let kids race their dirt bikes here there could be a potential law suit if someone got hurt. Unless they were to sign waivers and the track owner could clear himself of any legal liability.

I had a friend wreck pretty hard at the Skeeterville MX track at (389 Patterson Farm Rd
Huntersville, North Carolina) and had to be rushed to the Lake Norman Medical Center.

He spent some time recovering before he was able to ride again.

He found a chiropractor in Huntersville, NC that was able to adjust his back in time to enter a race down in South Carolina.

After the accident though his back was never the same, he experienced ruptured disks in his lower back and chiropractic care wasn’t enough. Eventually, he needed surgery.

Adding New Suspension Helped His Back & His Riding

After the South Carolina race, Tom took his bike into a local Kawasaki dealership and got some new suspension installed on his bike. With his ruptured disks, the impact from landing jumps was taking a toll on his lower back. When the guys at Interstate Cycle added the new suspension the bike began to absorb the shock a heck of a lot more. This gave Tom longer ride times and allowed him to go Monster on the jumps. 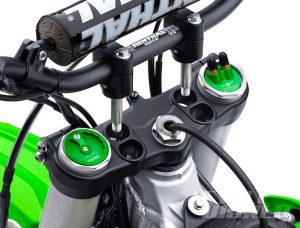 Look like added suspension could have been the factor that kept Tom riding and gave his back a rest. He’s back on the track, just seen him at the Skeeterville track last week. Everyone had their Kawasaki’s out for a few friendly runs. As much fun as Skeeterville is, I would love to find out who owns that private Huntersville track in that Youtube video.